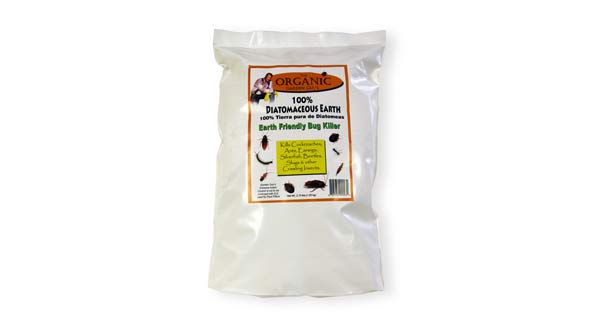 Now you must be wondering how ground up fossils act as an insecticide, as with my Extreme Insect Control? Well, Diatomaceous Earth acts as cut-up glass with insects. As insects walk through the DE it begins to cut into their outer coats, which then causes them to dry up and die, usually within a day. Although the DE is harmful to insects it is not toxic to humans and pets if it is ingested, however, you want to be sure not to inhale Diatomaceous Earth as it can be irritating.

Diatomaceous Earth is a wonderful, all-natural, insecticide that is useful against many household insects, such as roaches, ants, fleas, and beetles. When applying DE you will want to look at applying it in areas where bugs hide and frequent. My Pest Pistol is a wonderful application tool that will allow you to easily apply the right amount, especially in those tight crevices. I recommend applying it around the foundation of your home to prevent the entry of insects into your home, around the perimeter of your back yard, and you may also use DE in your home due to its organic, non-toxic, nature.